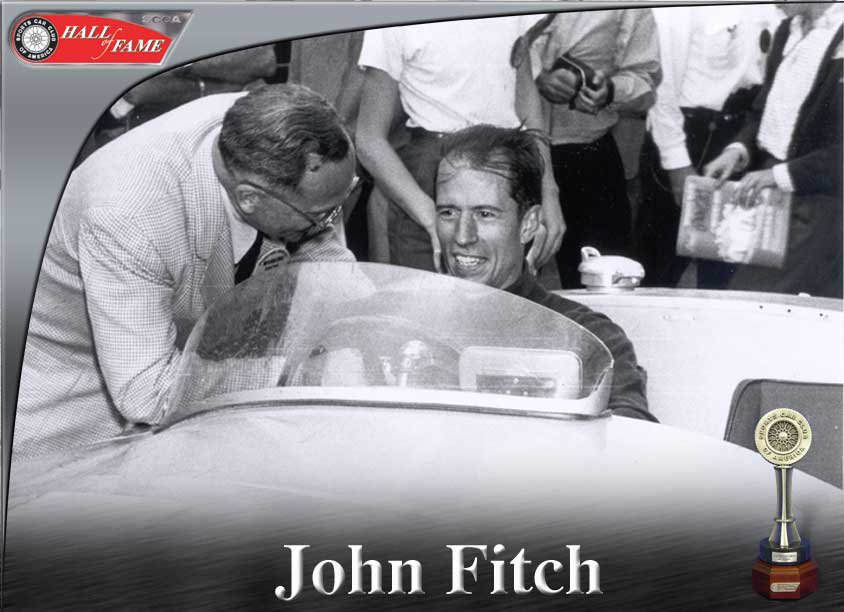 John Fitch was SCCA’s first National Champion in an era when that meant competing in all forms of sports car competition at events scattered across the whole country. He is perhaps best known for his drives in the Cunninghams, which he helped make famous. He was the first American road racer to get a top level factory drive in Europe, blazing a trail for future American drivers. He inspired a generation of Americans to take up the gauntlet of international competition and aim for the top. He also served as Chairman of the Contest board and a member of the Activities Committee. Today he is still incredibly well respected in the sport and is involved in the design of racing protection barriers. Mr. John Fitch was present to accept his award.