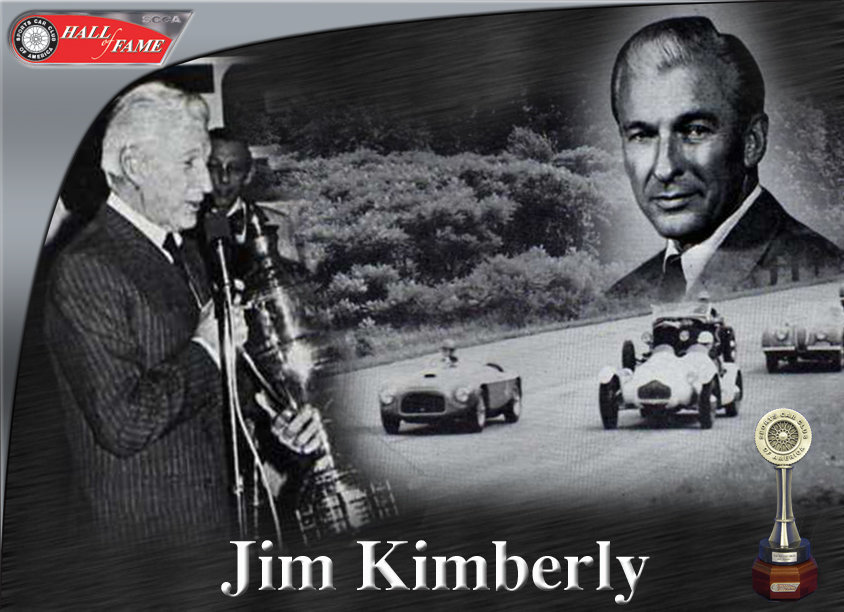 Jim Kimberly presented a highly visible image within the SCCA in the club’s early days, but it was a mixed image. Known to the racing public as “Gentleman” Jim Kimberly, he very clearly portrayed the role of the gentleman sportsman who drove racing cars strictly for the joy of it. He adhered very strongly to the belief that SCCA competition should be a purely amateur venture, and he promoted this view during the years when he served as President of SCCA. However, when it came to the conduct of himself at the race track, and the conduct of the SCCA in the world of motorsports, he exemplified only the most professional of approaches. This mixture of professional behavior in pursuit of a gentleman’s hobby, made Kimberly one of the best known drivers and officers of the early club. A recipient of the Woolf Barnato Award for his service as President and also on the SCCA Board of Directors, as well as being an SCCA National Champion and having the SCCA’s award for most improved driver named after him, Kimberly was a successful example of how a club member could participate in all aspects of club activity.