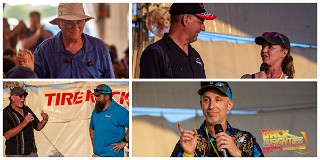 Follow Solo Nationals live online at sololive.scca.com where you’ll find current timing/scoring and event audio coverage. And be sure to check out @SoloMatters and @sccaofficial on social media for updates and photos.

Plus, the SCCA Inc. Facebook page is where you’ll find the Solo Nationals Morning Show, a daily video presentation beginning around 7:10 a.m. CDT where hosts keep everyone up to speed on the competition and interview special guests.

Wednesday evening during the Tire Rack SCCA Solo National Championships, SCCA’s Solo Program takes an opportunity each year to hand out special, select awards so honorees can be recognized by the broader Solo community since much of the autocross ‘tribe’ is in one place at one time. What follows is a rundown of those who received awards for 2022 last night.

Solo Cup – The 2022 Solo Cup recipients are Tracy and Robert Lewis of the Red Hills Region. The Solo Cup, which has been awarded annually since 1978, is presented to SCCA members who have made an outstanding contribution to the Solo events program. Winners are selected by the Solo Events Board from nominations submitted by the membership at large. Previous Solo Cup recipients include Brian Conners, Tina Reeves, and Jim Garry.

Driver of Eminence – The Driver of Eminence for 2022 is Larry “Lefty” MacLeod of the Saginaw Valley Region. This honor goes to Solo competitors who consistently demonstrated excellence behind the wheel, and an exemplary degree of sportsmanship, dedication, and unselfishness. The winner is selected by the Solo Events Board from nominations submitted by the membership at large. Recent Drivers of Eminence include Jeff Kiesel, Bartek Borowski, and Frank Stagnaro.

This award recognizes Solo community members who bring the spirit of fun to their fellow participants, as symbolized by the message engraved on the perpetual award: "Johnson Spirit of the Sport Award, presented annually by the Royal Order of the Sheep to a member of the flock that upholds the spirited virtues of Fun, Camaraderie and Tomfoolery.” This award is named in honor of the inaugural recipient: Exalted Grand Shepherd, Roger E. Johnson. The award is selected annually by the previous three recipients.

Please note the 2022 Driver of the Year, 2022 Rookie of the Year, and 2022 Rotheney-Koziak Cup awards have not yet been named. This year’s recipients of those awards will be recognized at a later date, so stay tuned.

Electrified in A Mod

A Formula Mazda (FM) chassis, usually found at SCCA road races, is in the A Modified field at this year’s Solo Nationals. Co-driven by Broch Evans and Jon Krolewicz, the No. 23/123 car will be running Heat 1 Thursday morning on the East Course, and Friday morning on the West Course. However, you’ll hardly hear the vehicle because it's powered by a Nissan Leaf electric motor.

Dave Evans, Broch’s father, said it was early 2021 when the father-son duo looked at the revolution underway in electric vehicles and wondered, "Why not build an open-wheel electric formula car that anyone could drive?" 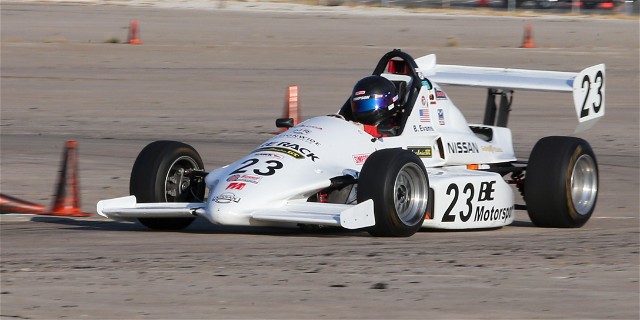 Drawing from the experience of others, they designed a car around the 1980s FM chassis, mating a Leaf motor to the FM's Webster transaxle. Using CAD, Broch designed and fabricated the motor adapter, battery trays, and various mounts. To pack enough power into the car, every available cubic inch of space was utilized.

Some may wonder if the Leaf creates a scenario akin to the 1986 film Little Shop of Horrors. Dave, however, said the powerplant fits easily with the overall design, and the Gen 2 Leaf is affordably obtained from scrapyards.

After a many-months build, testing of the fully operational configuration began on New Year’s Eve, 2021. Two weeks later at Texas’ Harris Hill Raceway, the car made its maiden appearance on track, and performed really well – accelerating from 0-100mph with no shifting. 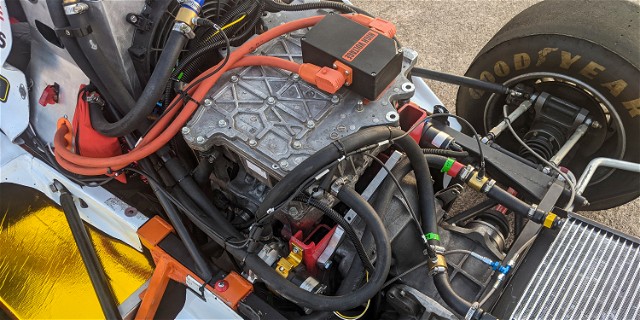 The car gained attention that January day in Texas as people got a chance to see this new electric formula racer in action. After months of further testing and development at MotorSport Ranch in Cresson, TX, this unique FM chassis from the ’80s is now participating at the Tire Rack SCCA Solo National Championships.

Main photos: Award recipients from Tuesday's banquet at the Tire Rack SCCA Solo Nationals.
A Mod photos: The unique Formula Mazda to be driven in the A Modified class.