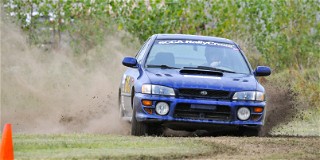 The SCCA RallyCross Dixie SEDiv Championship will be held June 11-12, 2022, on the flat 35-acre field of Hollytree Off-Road Park, just east of Huntsville, AL. The Dixie SEDiv Championship has become a first-class event, with competitors coming from across the country to compete as part of the RallyCross National Tour in previous years, including 2021 – and now again in 2022.

“With a history of proven top-level events, the SCCA RallyCross Dixie SEDiv Championship serves as a perfect opportunity for RallyCrossers in the eastern half of the U.S. to participate in a National caliber event,” said Howard Duncan, SCCA’s Senior Advisor for Solo/RallyCross. “Meanwhile, those in the west will have opportunities to see what National competition is like as the Colorado RallyCross group hosts events at Pike Peak International Raceway leading up to the National Championship in September.”

Registration for the 2022 SCCA RallyCross Dixie SEDiv Championship is open now, with SCCA members signing up by May 10 not only receiving a discounted $85 rate, but also an event T-shirt. After May 10, registration increases to $90 and T-shirt availability will be limited. Non-SCCA members are welcome to compete, with a $15 weekend membership being added to their ticket.

The competition weekend includes two days of RallyCross, a Saturday evening meal, event-specific decals and handouts, and – if you're fast enough – a desirable Leon Drake-designed trophy.

Camping is allowed and encouraged at the site, and for those looking for more local activities, the park offers trails for hiking as well as ATVs and UTVs.

More information can be found on the SCCA RallyCross Dixie SEDiv Championship’s Facebook page, with registration located through the link below.