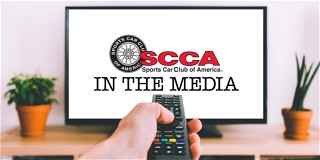 Fall is upon us, and winter is hastily approaching. That means many SCCA regions are trying to get in one last local autocross event on the year before orange cones are packed away for a few months.

The Ozark Mountain Region was just one of those regions which held its final autocross of the season a couple weeks back at Crowder College in Neosho, Missouri. Lots of fun for sure, but the outing was also the subject of a segment on KODE-TV Channel 12 based out of Joplin, Missouri.

“Autocross is a great way for drivers to experience their car to the limit in a very safe and controlled environment,” Ozark Mountain Region RE Sam Henry told KODE-TV reporter Jessica Djukic. “There are prizes, but a lot of the competitors are chasing year end Championships for their class or driver of the year where we have the best driver out of all of the classes combined.”

Even cooler is that the Ozark Mountain Region event helped raise money for a local domestic violence shelter in Springfield, Missouri. Check out the story through the link below.