What to Watch: 2021 National Championship Runoffs 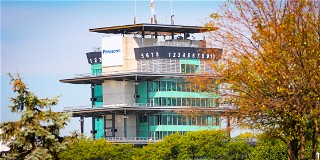 It’s here, it’s here! The 58th running of the SCCA National Championship Runoffs, at the world-famous Indianapolis Motor Speedway for the second time, is wound up and ready for action. A whopping 879 entries, second only to the amazingly huge 969 entries at Indy in 2017, are on the entry list with many having started their journey to the Midwest by the time you read this.

That’s 879 entries and nearly as many stories. Some are trying to win their 16th National Championship (we’re looking at you, John Heinricy); some are just hoping to finish and cross the famed yard of bricks. One driver is entering a Runoffs class for the 62nd time (hello, Mark Weber), but 213 entries are heading to the Runoffs grid for the very first time.

At the end of the weekend, only 26 will win. Only 26 drivers will add their names to Indy royalty, joining Helio Castroneves, AJ Foyt, Rick Mears, Jeff Gordon, Dale Earnhardt, Michael Schumacher, Lewis Hamilton and Ray Harroun as those who have conquered that famed facility. Only 26 drivers will go down in history as SCCA Runoffs Champions.

But this event isn’t just about winning. It’s about the comradery of the Club, the tears and the laughter, the triumph over each person’s own personal goals. It’s about the stories of amateur racers like a young Bobby Rahal, who used his Runoffs win as a springboard to professional glory and an Indy 500 victory. It’s about drivers like Richard Colburn, who climbed into an SCCA race car nearly 50 years ago, loved the way it fit and the way it made him feel, and never left – now back at the Runoffs for the 47th year. It’s about drivers and workers and crew who burn up vacation time from the real world, or skip school, or toss a tent in trunk of a car just to stand on a corner holding a flag in the rain, heat and cold – all to celebrate a sport they love.

Qualifying begins on Tuesday, September 28 and runs through Tire Rack Pole Day on Thursday, September 30. The Hagerty Race Days begin on Friday, October 1 and go through Sunday, October 3, with all 26 races streamed live on SCCA.com.

In the meantime, here are a few things to look out for:

If Spec Miata and Spec Racer Ford didn’t already have a reputation for rough and tumble, short-track style racing, the fields at Indianapolis Motor Speedway confirm it.

Though there are 92 and 84 entries in Spec Miata and Spec Racer Ford Gen 3, respectively, only 72 can start the race in a formula determined by the FiA and the SCCA General Competition Rules. That, then, brings out the final element in the short-track special: the Last Chance Qualifier.

The top 60 cars in qualifying on Tuesday and Wednesday will line up to start the race, no problem, with the best lap in either Tuesday, Wednesday or Thursday qualifying setting the grid. The remaining cars will go to a 15-minute race on Thursday afternoon at the end of the day, with the top 12 in that race added to the back of the main grid.

Expect the fences at the facility to be lined with spectators, and those at home will be able to watch the stream of the race as well.

While the LCQ’s from Spec Miata and Spec Racer Ford will draw eyeballs, there are plenty of other classes with spectacularly large fields.

B-Spec has set a class record with a whopping 61 entries at Indianapolis. As a community, the B-Spec team made a huge field their mission, and it has paid off. Only a class since 2013, it seems to be in a strong place moving forward.

Whether or not it can match Formula Vee in its sustainability is a question, but the small open-wheel class remains a model for participation. Crowning champions since 1964, this year’s Runoffs has 50 cars on the entry list.

Or maybe a better model for B-Spec to follow is H Production? An SCCA staple HP has been crowning National Champions since 1958, and the army of small bore production cars carries 45 on the entry list in 2021.

Not to be outdone, Touring 4 has a stout 49 car field and Super Touring Lite is bringing 44 – meaning that, as always, a podium finished will be earned and not given.

One of the most interesting things to keep an eye on are some familiar faces that have changed their view from the driver’s seat.

Two of those are 2017 champs at Indianapolis who have moved to entirely different classes for 2021. Michael Varacins was the king of Formula Vee, winning in 2012, 2013, earning the 2014 pole before being knocked out on the first lap, and then winning four more in a row from 2015 to 2018. Looking for a new challenge, he made the jump over to the winged Formula Continental class and climbed back to the podium a season ago. Is Indy a breakthrough?

Likewise, Kip Van Steenburg has won E Production at the last two Runoffs he has entered – in 2017 at Indy, and in 2019 at VIR. This year, however, his Porsche 944 is a Super Touring Under car. How will that change balance his chances?

Or how about Justin Hille? Everything came together perfectly for the young driver in 2016 at Mid-Ohio, where he sat on pole, led every lap and scored the win. Indianapolis was tougher, and then life forced him away for a couple of years before retuning in a Spec Racer Ford a season ago. With some experience under his belt in that car, can he shock the world again?

Once in a while, the name stays the same but the face changes – and not because we’re getting older. If race car drivers can be a cult classic, Boris Said qualifies. Said was an SCCA racer and three-time Runoffs winner before moving on to… well, literally anything and everything with a steering wheel and an opportunity.

This year’s Runoffs entry list has that same name, with one important distinction – a “Jr.” at the end.

High School senior and 17-year-old second-generation racer Boris Said Jr. is on the Spec Miata entry list and making his Runoffs debut. In fact, everything the youngster has done this year has essentially been a debut, as Said is in his first season with a competition license. After racing for a couple of years in karts, he’s made the jump to cars.

It’s not just the driving talent that appears to be hereditary, however. If you’re wondering which one is Boris Jr., keep an eye out for that distinctive mane of hair.

Keep An Eye Out

Those are just a few things we’re looking for when the Runoffs gets underway next week – but there are many more. Keep up to speed on all things Runoffs here at SCCA.com, where you’ll get stories, news, live timing, an audio feed of all three qualifying days, and the full race broadcasts live for all 26 races.