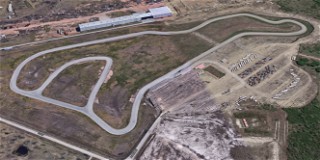 As the Tire Rack SCCA® National Solo® Series continues to host events in what is traditionally the offseason, 146 competitors took to a hybrid course on the track at GrandSport Speedway in Hitchcock, Texas last weekend. The course utilized much of 1.4 mile circuit, but many technical autocross elements were added to make it a true autocross.

It was a great weekend for ladies earning wins in open classes. In both Super Street Modified and E Street, it was a ladies weekend with Deana Kelley and Casey Coughlin taking the wins in their respective classes.

In E Street, Coughlin overcame a 0.786-second deficit from Saturday to claim victory by 0.509 second over Chris Cargill on Sunday. Gary Allmond claimed the third and final trophy position.

In Super Street Modified, the standings were extremely close after day one, with a cone keeping Andrew McGibbon from taking the provisional lead. Day two showed Kelley’s resolve as she stretched out a 2.030-second lead to take the win. McGibbon settled into second with co-driver Shae Seefeldt just out of the trophies 0.689 second back in third.

We haven’t seen much of Zack Barnes since he sold his E Street MR2 Spyder at the end of 2019 and moved over to A Street in a C6 Corvette. For this event he teamed up with KJ Christopher and the duo took the top two spots in the class. While Christopher led after Saturday’s competition, he likely remembered it’s best to let the car owner win and Barnes found the time on his final run to take the class win by 0.332 second.

Looking at the results from this weekend, you could say that D Street is going through a bit of a transition. Of the seven registered drivers, only three competed in Civic Type Rs. The remaining four shared a pair of Hyundai Veloster Ns with Mark Scrogg’s piloting a 2020 model to the class win, nearly two seconds over Javier Reynoso in one of the Hondas. Zachary Baumgardner claimed the third and final trophy in another Civic Type R.

In Classic American Muscle Contemporary, the biggest story wasn’t about the winner, but rather second place. Jacob Crow led at the end of day one in his Ford Mustang GT, and Jerry Centanni took his Chevrolet Camaro 1LE to the lead on day two, but his margin of victory was just 0.433 second over Thomas Thompson in a surprising Cadillac ATS-V. Thompson was in third after day one but came back to set the fastest time in the class on day two and claim second position, ahead of Crow. Eric Jones claimed the fourth and final trophy in codriving wtih Centanni in John Hale's Camaro 1LE.